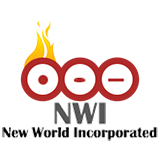 New World Incorporated By The Numbers

New World Incorporated (NWI) is a think tank dedicated to conducting research on social, political, financial, and other areas of interest to various parties, either on their own initiative or, more commonly, at the request of clients. The company then issues recommendations and advice to paying customers as to courses of action tailored to the customer. The Research segment is the single largest clearinghouse of information on Ptah, conducting polls, scientific studies, direct field observation, and expert analysis of information from nearly every source imaginable. For the most part, NWI performs this service for national and local governments, as well as corporate entities; they also innovate their own research into areas they consider may be promising fields in the future. These studies are conducted by a plethora of internal divisions devoted to specific issues, including the Iphyn Geopolitical Group, the Abgall Cultural Studies Foundation, the Mantalku Sciences Institute, the Trenton Chung Trusteeship, and the Chandler Society for Spirituality and Ethics, among many others. The Advising segment uses the information gathered by these groups to inform clients of courses of action and guide decision making; it also uses expert guidance to collate, interpret, and translate data gathered by clients. NWI for the most part simply collects, provides, and interprets the data; however, some complex contracts with high-level clients may include clauses obligating the client to act on the information provided within certain pre-established parameters. All data collected is kept private by NWI (and, under some contracts, destroyed after it is gathered); all information and advising dispensed are protected by iron-clad non-disclosure policies. Those few clients who have broken these have invariably been bankrupted in the courts of Ptah.

Edward Chandler I, founder of New World Incorporated, was famous for his charisma and cunning, and it was through his force of personality that the company prospered for several decades. His son, Edward Chandler II, was brought up in his father's image-his father was well known to take the boy off on his own, and the younger Edward later said that he rarely saw his own mother. He was nearly as charming as his father (though while the old man lived, many said that he was merely imitating his sire; later, this would endear him to many who knew his father).

Edward Chandler III inherited his forebears' brilliance (indeed, some say his intellect is quite uncanny) but none of their charm. Few know anything of the current PCK's youth, though it is known he was very ill for most of his early life and there are few public records of his accomplishments. What information is available suggests that the youngest Chandler exceled in his studies under private tutors, entering Ashton University at the age of 16 and earning two degrees by the time he was 20. When he started working beside his father at 23, he was a pale, serious young man. When Edward II died suddenly, his son stepped in immediately and continued the company's work-he did not even take time off to mourn, but showed up in the office one day and issued the curt memo, "We mourn the passing of Edward Chandler II. We know he will be missed and would wish us to carry on business as usual."

In public, Chandler III can often lose the press through complex verbiage and archaic erudition; he seems to have little concern about whether he is understood. He rarely answers questions and when he does so, his responses are short and direct. He prefers to do his work out of the limelight, suggesting that his personality is not an issue: only the company's performance matters. He is known to travel a great deal and to spend most of his rather limited free time reading. NWI under his leadership has continued its tradition of charitable giving, so most forgive him his personal lapses and suspect he is simply a very private individual.

Alone among the major corporations, NWI has no iconic central building. The corporation owns properties in most major cities on Ptah, and many of these are known for their unusual and impressive architecture: the Corliss Building in Golatra, Leng Center in West Canyon, the Towers of Pol in Finnas. Bhalanas is listed as the corporation's home, but New World Incorporated Park consists of several acres of manicured gardens and a small conference center where Edward Chandler I had his first home (parts of which are said to be preserved as a historical monument); there is also a small private graveyard used by the Chandler family. N'kai, the vast mansion built after Edward I achieved his success, is built on a nearby hill and overlooks the Park. Few if any clients ever meet openly at the Park, and since Bhalanas is an otherwise rather neglected city built in the swampy lowlands of Cymea Panca, it has few visitors of any kind.

Charismatic and intelligent, Edward Chandler I devoted his adult life to the betterment of mankind while at the same time developing New World Incorporated into one of the world's largest and most diversified corporations. The Chandler Foundation has brought disaster relief to stricken areas of the world and has granted huge sums of money to projects concerned with helping humanity.
- - -
Edward's personal charisma and brilliant mind have been unequaled in Ptah's corporate history. More than fourteen biographies of the man have been written, everything from Isaaku's ponderous and scholarly Chandler: Founder of Philanthropy to Ben Andy's wry and rollicking The Man Behind the Smile to Prudencia Vanja's rather laughable conspiracy tabloid Secret Masters of the New World. From its inception, NWI was a corporation that had tentacles everywhere: finance, fashion, insurance, the arts, security, information brokerage, and a plethora of subsidiary industries. Under any other hand, the thing would have fallen apart in a matter of months. But Chandler seemed preternaturally gifted at negotiations and diplomacy: Isaaku's writes, "Somehow, no one could refuse Edward face to face. Investors would walk into his office full of skepticism and walk out loyal devotees." Many pressed Chandler to write a book on business, but he was always intensely private outside of his offices and meetings: the sprawling grounds of the Chandler home-the massive manse dubbed N'kai-were protected by the best security money could buy, and his family was nearly sequestered when not appearing with him in public. The various divisions of NWI worked together under his leadership, which gave Chandler reach into many markets. Almost everyone interacted with New World Incorporated in some way throughout their day.

All of this made Chandler one of the most recognized figures in the world. After being approached by several political organizations to step up as a possible candidate for any number of partisan or populist movements, Chandler publicly stated, "I have no interest in politics at this time." But a seed had been planted that would eventually transform NWI from the ground up.

What Chandler I realized was that any lasting and meaningful contribution to humanity needed to happen at the policy level of world governments and megacorporations. And so it was that NWI used its considerable monetary muscle and influence to become the leading think tank on Ptah. One by one the various divisions of the company were either sold for great profit or were folded into the new corporate mission. Within a decade the company had been redirected to this singular focus and carved out a market share where none had existed before. Using the contacts he had cultivated in earlier days, Chandler and his ever expanding team of experts and scholars became advisors to most governments, all of which wanted the information NWI was privy to. Other companies soon recognized the value of such information gathering specialization and paid handsomely to have the corporation use its acumen to guide their policy.

NWI's interest in the Rain is based, as always, on the value of the information that can be gathered. The Mantalku Sciences Institute is heavily involved in the exploration effort (indeed, it was a team working for the Institute that first discovered the edges of the Rain as it approached the solar system), and their scientists, in addition to launching their own probes and research teams, often analyze the data that other companies have gathered during their investigations.

NWI has ties with every one of the nine other major corporations, but its contracts remain the most shrouded in secrecy. Part of this is general corporate candor and media handling; the other part is written into the contracts. The company makes its profits based on its sterling reputation for impartiality and discretion; it is also known for the straightforward and often brutally honest advising. The councilors of the company pull no punches and soften no hard edges. The company insists that it is up to their clients to decide how to use such information and they cannot be responsible for any outcomes based on their clients' actions. There are small but persistent corporate rumors that many PCKs and other leaders who dislike using NWI's services, but the corporation has never lost a major client-most likely because no other entity can match their service.

NWI has close ties to Rosetta North-the communications company relies heavily on NWI's research as it formulates advertising campaigns and uses their polls to gauge public reaction. In return, Rosetta provides NWI with data gathered through their marketing and research. Moshe Bergenfeld, PCK of Rosetta, meets regularly with Edward Chandler III. Some say this relationship has recently become strained, though no one seems to know why.

Alinas and NWI share a very rocky relationship-the agricorp has the fewest contracts with NWI of all the major corporations. For his part, Chandler has always expressed strong interest in Alinas activity, arguing that the food production and eating habits of the citizens of Ptah tell a great deal about them. A few observers have suggested that Chandler's real interest is a personal one in Anne Selket, Alinas' famously beautiful PCK.

NWI and Mystery Alliance have very close ties, which worries some business watchers. Most posit that NWI counsels the banking corporation on monetary matters: which trends are stable, which clients are trustworthy, where political and social instability makes investment unwise. In return, MA funds NWI studies and polls, though they often see little tangible return on such investments, which is not much in Parsu Carnake's usual line.

Surprisingly, Chandler III shares a warm relationship with Echo Tellurian of DDH Matsya. Though the two PCKs would seem to be polar opposites-Tellurian's wild bravado is miles from Chandler's cold reserve-the two have spent a fair amount of time together, often during Tellurian's common vacations and retreats. No one is quite sure what the basis of their relationship is, but DDH has a larger number of contracts with the think tank than would be expected of a transportation company.

NWI and Panis Global have a contentious relationship. The military company uses NWI information a great deal, but is often reluctant to share its own data, considering it military secret. There is much speculation that NWI does its best to get access to Panis data through less than legal means.

Information. Quite literally, the world could not function without it. But in a world as complex as ours, it can seem impossible to find the information you need. Our modern society teems with unimaginable amounts of it, and it can sometimes feel that you are drowning in a sea of unformed data.
We here at NWI specialize in finding out what you need to know, separating the wheat from the chaff, and helping to shape your decisions based on real information and expert interpretation. We advise companies and kings, universities and celebrities, and our list of satisfied clients is second to none. We know what really matters and how to use it to best serve those who rely on us.

Don't be afraid of the sea-let us tame it for you.