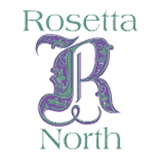 Rosetta North By The Numbers

Rosetta North is a communications company that builds and maintains communications equipment as well as provides data transmission services across an array of media and produces media content of their own. They also specialize in image consultation and advertising services. The Advertising segment provides services in corporate branding, multi-frequency marketing, public relations, reputation management, image consultation, and packaging and marketing design. Pshent Marketing, Proclamation, and the Meishu Media Group are the three most recognized brands in the segment. The Publishing arm of the corporation oversees publication in electronic form and hard copy of newspapers (the most widely known being Merketeum, the Ahnasozi Decree, Tzelem, The West Canyon Intelligencer, and the Roquemore Manifesto), magazines (including Gestinnana, Firgenstram Exemplified, Commerce Today, Adept, Éclat, and Work and Play), books (mainly though Noblesse, Tiaru, Hasulfa Imprints, and the Scrolls of Thoth brands), and a multitude of other publishing vectors, as well as producing software and biosynch chipware. The Mass Media segment oversees creation and transmission of information and programming in radio, fiber optic, digital, optical wireless, and other broadcast vectors. Operating plexus hubs featuring news, sports, movies, serials, and social media (with Robertson's, Ludatore, Radiant Viewing, Dionysus Air, and Sheridan hubs being the most widely recognized), the division reaches well over a billion end users. The Communications division oversees production and maintenance of communication networks, broadcast towers and facilities, and data housing. It also produces personal communication devices (from the basic Menat line of hand-held voice communicators to the omnipresent Ingana data tablets to Passus Gold aural implants) and operational software, as well as providing systems integration services.

In a company all about image, image is what Moshe Bergenfield is all about. Bergenfield embodies what the average citizen thinks of when the words "corporate PCK" are mentioned. A middle-aged man with the keen good looks of a newscaster, Bergenfield is almost never seen without his well-pressed suit and carefully coiffed hair. His voice is a well-modulated tenor and his words are always careful and precise. He is formal enough to keep the respect of older investors and business managers while being just suave enough to avoid the disrespect of the young up-and-comers. Indeed, more than one analyst has suggested that Bergenfield's demeanor and appearance are crafted exactly to meet what one would expect in a PCK. No doubt the company has reams of market research from NWI to tell them what would sell best, and Bergenfield is the sort of man who would follow such directives to the letter. When Zap! Brigade plays a satirical sketch about corporate stupidity (on Rosetta's own Ludatore network), you can bet the PCK will be a parody of Bergenfield; when Pshent Marketing wants an image of a businessman who radiates competence and vision, their artists will invariably come up with a facsimile of Bergenfield.

Personally, Bergenfield is well liked and trusted, though he has a reputation for being rather careful and cautious, always seeking to gather as many opinions as he can before forming his own. He is fond of mental exercises and games of strategy, and is exceedingly good at them. (It is said that he and New World Incorporated PCK Edward Chandler play a game of Senet each season which factors into their fee rates that quarter; who wins more often is a matter of much speculation.) There is also rumor that he can have a bit of a temper when faced with what he sees as incompetence or insubordination. Still, his sense of what sells and what the public wants to see is impeccable, and his knack for identifying trends is uncanny. One of the few PCKs to have obvious wetware, Bergenfield normally wears a bronzed dataglove and is known to use an oculus when in business meetings.

Rosetta North is, like the other major corporations, fielding a fleet to explore the Rain. If there is information to be gathered from the phenomenon, Bergenfield wants to be the first to find it. The company has also cited some unusual "signals" coming from the Rain: the "noise" coming across many different bands of the spectrum has scientists across Ptah puzzled, and if there is one thing Bergenfield does not like, it is a puzzle-or, rather, a puzzle that is solved by anyone other than Bergenfield.

Druhyus is a bustling metropolis, one of the largest cities on Ptah, and carries a cultural cache throughout the world. The Interchange, Rosetta's corporate HQ, soars into the sky, its roof lined with digital broadcast equipment and topped with the Minaret of Horus (which, if counted in height estimates, makes the Interchange the tallest building in Druhyus and the fourth tallest in the world). Modern and sleek, the Interchange serves both as corporate offices and a broadcast station which has continued to evolve from the first days of media transmission. In fact, the building rose from the foundations of the yet older Rosetta Altar, a subterranean temple devoted to the collection and dissemination of wisdom.

Within, the Interchange is the most advanced data collection and dissemination machine in the world. Banks of computers and armies of analysts comb through information; producers and engineers create media that is broadcast to billions and track its use. Some programming is created within the Interchange itself (mostly news and informational media). Rosetta also owns extensive studio space elsewhere in Druhyus and around the world. Creative teams toil away to create the new trends and messages that will shape markets and governments.

Long ago, on the misty plains of Delanus, a band of monks began building a monastery in which they might secret themselves and contemplate the mysteries of the universe. Living simple lives, farming the nearby land, and expanding the system of halls dug from the soil (to which they would retreat and meditate in darkness and solitude), the monks began to gain a reputation for mystic wisdom. Soon kings and emperors were coming for their counsel. In time, the monks no longer had to farm or live in such simplicity, as the gifts from supplicants filled their coffers. To ensure that their knowledge was only used by the worthy, the order of Rosetta charged handsomely for their wisdom.
- - -
As their services were ever in demand from far-flung corners of the world, a secondary organization of devotees began to operate as couriers, carrying messages for a fee. Such was the reliability of the couriers serving Rosetta that outside entities wanted their messages carried by them, and soon this service was another revenue stream. Though initially these communication channels were used solely for the monks' ecclesiastical purposes, it soon became apparent that their words could alter the course of history. A king counseled to war rather than peace changed the lives and destinies of thousands. The leaders of Rosetta began to see it as their duty to educate and enlighten the world.

As the era of modern communication dawned, Rosetta always seemed to be a step ahead, and soon printing and broadcast media were part of their operations. Now, optical networks and digital networks are carrying their information-and that of their clients-to every corner of the globe.

The services of Rosetta North are used by every major corporation on Ptah; their advertising skills are second to none, and the use of their communication networks are needed if other companies are going to get word of their products and services to the public. In addition, getting on the corporation's bad side can truly cost a company as they are inundated with negative press and a near blackout of advertising.

Rosetta North and NWI work very closely: Rosetta relies on NWI's counseling and analysis, and NWI uses Rosetta's media empire to gather enormous amounts of its data. The personal relationship between Moshe Bergenfield and Edward Chandler remains an issue of some mystery: some suggest that the two get along well, while others have claimed that they barely tolerate one another. Certainly both parties would give up a great deal to learn the secrets of the other without having to pay quite so much for them.

DDH Matsaya consults with Rosetta North more than most corporations. While the populace will always need food and medical care, and relies on banking and armed security, not everyone needs a new Chimera Solar VTOL with guidance nanocomputing and CCA chips. Rosetta ad campaigns have helped DDH's Ground Vehicle segment's profits soar in recent years, but the relationship between Bergenfield and DDH's Echo Tellurian have never been warm. Having been snubbed and often ridiculed by Tellurian, Bergenfield has stated more than once that DDH Matsaya would be yet more successful if they would only listen to sense. Some suspect that Bergenfield has actually engineered negative press for DDH as that corporation's ascendency in space exploration has begun. (Certainly the coverage of the Kingu Gravity Lift collapse was thorough and long-lasting.)

Panis Global has fewer ties to Rosetta North than some other corporations: the company rarely needs to advertise its services to those who need them, and much of their business is not the sort that one would want broadcast. Still, Rachel Towns, Panis' PCK, does contract extensively with RN not to tout its accomplishments, but to mitigate the negative press that naturally arises in conflict situations. That Panis Global continues to enjoy popularity and avoids most serious censure is certainly in large part due to Rosetta's efforts. Towns is reputed to dislike having to take such steps, but is canny enough to recognize their importance.

Moshe Bergenfield and Clarifex PCK Michael Anu are known to get along well. Clarifex's phoenix-like rise back into fashion prominence has been accompanied by massive media campaigns mostly orchestrated by Anu and Rosetta. Scuttlebutt says that Bergenfield's warmth toward Anu is not entirely returned, but the companies certainly work well together.

Alinas' PCK Anne Selket is a media star in her own right, and has worked directly for Rosetta North's studios on several projects. The Marcellete Eunomia films, in which Selket stars, are some of the most popular ever produced, and Rosetta's news empire covers Selket's life in almost slavish detail. Rosetta's recent branding and ad campaigns for Alinas' Agrestal product line have been hailed as visionary, and the two corporations currently share good relations. The notoriously fiery Selket seems personally fond of Bergenfield as well.

Since the advent of language, mankind has sought to extend the reach of his communication. Smoke signals allowed early peoples to speak far beyond the sound of the human voice; cave paintings allowed communication with the tribe even when the creator was not present. Now, the one who sent smoke signals from mountaintop to mountaintop bounces digital signals from satellite to satellite; the cave painter is showing her art through optical networks to an audience of millions scattered across four continents.
Rosetta North has continued innovating within the very area that elevated Man above the beasts: communication. Today's world is made up of information, and the key to unlocking it all is communication. Speech. Data. Art. Music. Video. We bring all these to you… securely.

Your Voice Is Our Passion.