Or Our Attempts at Innovation in Magic & Magnums In a recent post I described the long and winding road that got us to the launch of Magic & Magnums and how its weird development path allowed us some atypical freedoms than if we were concerned with things like…oh, say…making money.

The biggest effect on gameplay came from our work with RealSense and the effort to really reimagine a spatial game interface. But all of that has been covered elsewhere so I won’t do it again here. (But yes, there will be a RealSense version whenever that hardware hits the streets…hopefully that’s RealSoon.) I want this blog to be about the money stuff.

Monetization and the Curse of Free2Play

We’re in no way out in front of this conversation. Many folks, including some friends, have written on their decision to forsake the Free To Play model. But It’s worth saying that I don’t hate F2P. There are F2P games that I quite enjoy. But despite liking them and investing time in them, I realize that it’s vanishingly rare that I convert to a paying customer. Now of course I don’t feel guilty about it…much. After all, it’s the developers choice to offer the fruit of their hard labor for free – right? So it’s not exactly like I’m stealing or taking advantage of them…am I?

And that’s where it all falls apart for me. Since I work on both sides of this fence, as a creator and a customer, I know what it’s like to feel a sickening pressure to whore out our best efforts for nothing in some kind of mobile-game analog of economic promiscuity. I think, when all is said and done, that the Race to Free is a bad thing for everybody. F2P is also based on several principles that I disagree with ethically and morally. Not hard-core objections like stealing but soft-focus objections like where good marketing crosses a line and becomes pandering. Where we look to exploit addictive impulses, and where good fans are penalized to accommodate bad customers. The whole structure looks like a house of straw to me.

That said, there are mechanism that a common to F2P games that I think are worth keeping. Thinks like daily log-in rewards, kudos for reviews and referrals, etc. finding ways to encourage and reward players for engaging seems like a good idea. It’s when those become levers to extract another $1 that they get icky.

But this isn’t the place for me to rant on F2P. It is a place to say that we are choosing a different path and as a point of principle. While M&M is a long way from high-art, we worked hard on it and we think that’s worth something. So we’re going to charge what we think it’s worth. Point being: it’s not going to free and we hope folks will take the audacious risk to actually pay for it – gasp!

DLC, to my mind, is a different matter though. Extra content comes with extra cost and I don’t see any problem with developers charging more for additional value. In version 1.0 of M&M the game is fully unlocked (or at least ready to be unlocked through gameplay) with nothing left out. But we already have plans for expansion and when those are available they will be in an update we charge extra for. The fact that the new content is downloaded instead of pressed to CDs may reduce cost, but it doesn’t eliminate it.

That brings us to advertising – and this is something I’m actually quite excited about. As weird as the sounds, this idea has me feeling a kind of unlooked for freedom – go figure. Anyway, three or four months ago I asked the team a question, “If I hate and resent being advertised to, which I do, why should we subject our fans and customers to that kind of abuse?”

The answer is obvious of course: To make a buck.

There’s a lot to be said FOR advertising and the truth is I appreciate a well done trailer or product pitch. It’s not that a company wants to tell me about their cool new widget that sticks in my craw – it’s WHERE and WHEN they do it. Our world has become so saturated in advertising that I find myself staring at an ad even when I go to a toilet in a restaurant. It’s the context, not the content, that gets offensive.

For the game developer, the decision to put advertisements in my game is, understandably, a financial one. Like the vast majority of Indie devs, we are unlikely to recover anything close to our costs so renting out some part of our virtual worlds to an advertiser seems like a small compromise. And who knows, maybe we’ll get a few bucks here or there. For the player, there can be a quid-pro-quo: watch this movie and we’ll reward you with some coins or gems. You scratch my back, I’ll scratch yours. But even when I go for that bait as a player I’m not being genuine to either side. I’ll download and launch am app for the 500 gem reward that I’ll use to to improve my kitchen but within literally a moment I’ve deleted it again – so basically everybody looses, even the advertiser. It’s broken.

But, like I said, I am genuinely interested in engaging with the companies and people I like. And I have a good-hearted impulse to share my good experience with others. That’s the nature of advertising’s holy grail: word of mouth. Likewise, when I have a good experience with a game, or a product, or a blog post it’s pretty common for me to want to know what else that company or person made – it’s a totally natural and inoffensive outgrowth of my positive experience.

The trick is this: When I want to know what you’re interested in, I want to go looking for it. What I don’t want is the injection of marketing efforts into some other experience like enjoying your game. As the consumer I want to initiate the experience and while I can tolerate a marketing interruption from a “trust agent” that also is my less than ideal experience.

As a creator how do I provide something my fans want in a way that respects their ideal experience?

How do I let people know about our world and passion, including the other things we make, in a way that doesn’t violate our implied contract?

Years ago when we were working a lot with AppUp, Peter Biddle talked about curated app stores. The idea was that anybody could open their own window to AppUp and only show the products that they wanted. So a mommy blogger might have a ‘store’ that contained a selection of apps she liked and recommended and in that way she was providing additional value to her readers by offering her measured recommendation. It’s not like this is a new idea, it’s often referred to as content or permission marketing, but it’s very rarely done well. 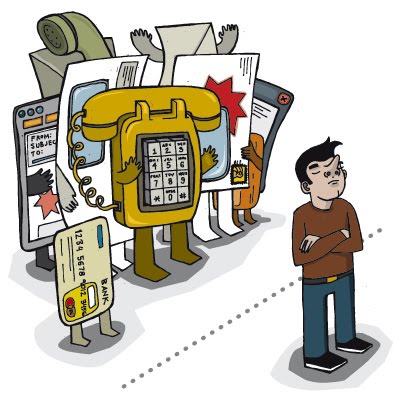 It’s not that the concept is bad or that the technology is lacking. The problem is in the totally natural impulse of that mommy blogger to get paid. So at first she’s writing and recommending because she’s into it. She’s just sharing her mind and probably doesn’t even expect anybody but friends to read it. But then she has readers, she gets tagged on HuffPo, and next thing you know she has an unexpected resource: eyeballs. Suddenly she’s thinking, “I wonder if I could make some money at this?” Which makes perfect sense – we all want to get paid to do what we love. But that slippery slope soon leads to a blog with two sidebars filled with flashing affiliate links that her users resent and ignore and in the rare case one gets clicked on she gets a check for a few bucks every third month.

> Influence, eyeballs being a sloppy proxy, is a genuine resource.

> The dream of making a living at something I love is a good and holy dream.

> But using my influence to finance my dream…it’s not quite right.

I’ve got my soap box coming up here and I have a lot in my head on this idea so I’ll just cut it off here, but the point is the: we’re going to try something different and see what happens.

Instead of advertising we’ve added a section in the game to share whatever we’re excited about.  You’ll see things that are like ads in content, but nobody is paying us to show them and we only share what we want to share, so in that sense it’s not unlike our Facebook wall. We get the chance to show off our own stuff (cross promote), link to our own blog posts, merchandise or anything else. More interesting it’s a way for us to give broadcast shout-outs to anybody we care about. On day one that’ll include friends like That Dragon Cancer, Archmage Rises, CGDC, The Aetherlight, and Saddleback Leather. It’ll be a fairly short list on day one but the content list will naturally grow over time.

The thinking is that folks who like Magic & Magnums may naturally be interested in other games we’ve made – so we provide easy access to our library. They may eventually care a little about what we think and read a blog or something. If they like us, they may like the kinds of things we like. So in the end we’re attempting to provide some additional VALUE to our fans (the folks who actually like us and want to learn more) without interrupting the context of our customers who may not give one little rip about our blog. It’s pure invitation, no interruption, and we reward the people who take the time to dig deeper.

On day one, it’ll just be images with links, nothing too fancy. But I expect over the year we’ll juice it up, support video and standard social sharing, plus some metrics. One of the negative experiences that brought us here was an inability to find an ad provider that allowed us any kind of control over how the ads were displayed and that was a point of contention for me…so I also expect we’ll create a Unity plug-in just in case anybody else is interested in this kind of thing.

So that’s the story. For weird reasons Magic & Magnums doesn’t really need to make any money – it’s already profitable. So we took the opportunity to try to think out of the box with regard to some standard monetization tools and instead preserve an experience that we would want to have in our own game that we purchased.