This is part of an ongoing but irregular conversation on what’s best described as the culture we hope to have and develop here at Soma games. I don’t think we had any intention this spring to make this a regular topic but it keeps coming out that way. It seems that in 2011 things got busybusybusy and frankly we took our eye off the ball when it came to culture. The reality is that you either build a culture deliberately or you wind up with a kind of weak-sauce accidental culture that has no real roots. Anyway, it seems to be something that keeps rising to the top of our minds so we went and even started a new category for it and tagged several other posts in the same vibe. You can see the group here: Soma Culture Blogs.  In fact, just the exercise of going back to see what we’ve been talking about over the years shows me that we’ve always been hitting at culture questions…I hadn’t realized how often. 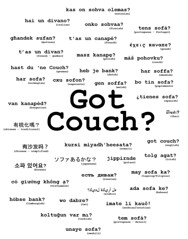 Anyway, this post was thought up a few weeks back when three of us road-tripped down to San Francisco at the invitation of our friends at GREE who were working with Peanut Labs on their now famous Pirates of Silicon Valley pirate cruise. The event was awesome, seriously how could it not be, but that’s not what I’m thinking of. I’m thinking about friends.

We had a post a while back where I was reflecting on something Seth Godin (allegedly) said,

“…it’s pointless to have 1000 people ‘following’ you if you can’t call any of em to crash on their couch when you’re in town.“

The week of the cruise there were lots of reasons to do it differently. We had deadlines, we were busy, it was  long drive. So really the logical thing to do would be to grab a quick flight, stay in a hotel, and jet home the next morning – easy peasy. But instead we decided to take the road less travelled, all 636 miles of it. Bill Johnson has this great bit about how most of the really good things we want out of life, especially in the Kingdom, are just beyond the veil of inconvenience. So we deliberately inconvenienced ourselves with a goal in mind. I want to be somebody who collects experiences instead of things. I want stories to tell my kids, not stuff to give them. I suppose to be clear, this isn’t a screed on materialism and I believe there’s a healthy place where both exist but you get my point.

On top of that I was thinking about where to stay and I remembered a couple of very good friends who lived in San Jose. I wonder if Lana and Matt would put us up? It’s become a kind of western art form to never “put other people out” but in the effort we just grow more isolated and lonely.  Knowing that we would get to their house late and be in their way and probably need to leave early it would have been the most natural thing in the world to crash at a motel. But then I realized that for my part, I really enjoy hosting friends and literally if I were take the Golden Rule to heart here – that meant asking my friends if I could inconvenience them as well.

All of this was looking like a lot of effort for a three hour cruise…a three hour cruise. But then a funny thing happened on our way to the bay. First off, Matt and I have known each other since middle school but this was a rare opportunity to talk or hours and hours as we drove. We had another AWESOME breakfast at Heaven on Earth diner in Nowhere, OR. We had time to stop by the Bethel Alabaster House and got to bump into Chris Overstreet who we had just ‘met’ via Darren Wilson’s new film Father of Lights. Gavin told us mad stories about growing up and we arrived at the cruise with nary a moment to spare. Lana and Matt welcomed us with open arms even though it was after midnight and we woke to a crazy homemade breakfast and the kind of great conversation that only comes with friends. We ran into one of Gavin’s good friends, we ate ice cream and we got a sick tour of Pixar studios that ended with a screening of The Bourne Legacy. Four hours later we’re grabbing Gavin’s first Double-Double (animal style fries on the side) and then we’re home just after the sun coms up.

Honestly, it was one of the coolest road trips I’ve been on…and that’s saying something. But at each place it happened because we took the chance to ask for a favor from a friend. Friends who were willing – and blessed – to do what they could.

So to where I started – friends are better than money.